Put simply, each time a game is played, our client gets paid 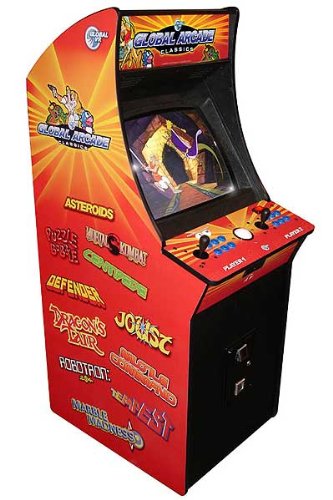 24.8in VGA Color Monitor Controls include two joysticks, three-inch trackball, and buttons for one or two-player play Some of the 81 games include: Arkanoid, Asteroids, Battlezone, Centipede, Defender, Dragons Lair, Gauntlet, Golden Tee Golf, Joust, Jungle Hunt, Marble Madness, Millipede, Missile Command, Robotron 2084, Spy Hunter, Space Invaders, Super Breakout, Super Strike Bowling, Tempest, Toobin, and many more! Joust - Play as a flying knight on his trusty steed, an ostrich, battling other buzzard-mounted enemies. To fly, repeatedly hit the flap button. To topple your enemies, always be sure to position your lance higher than his. Go solo against the computer or fight your friend in two-player head-to-head combat

For the latest updates sent straight to your inbox, subscribe to our e-newsletter!

If you would like to be always informed about our latest templates, plugins and products, just fill the form with your name and email.We, Yithemes are here to help you succeed in your web based business.Yithemes FREE WordPress themes download.